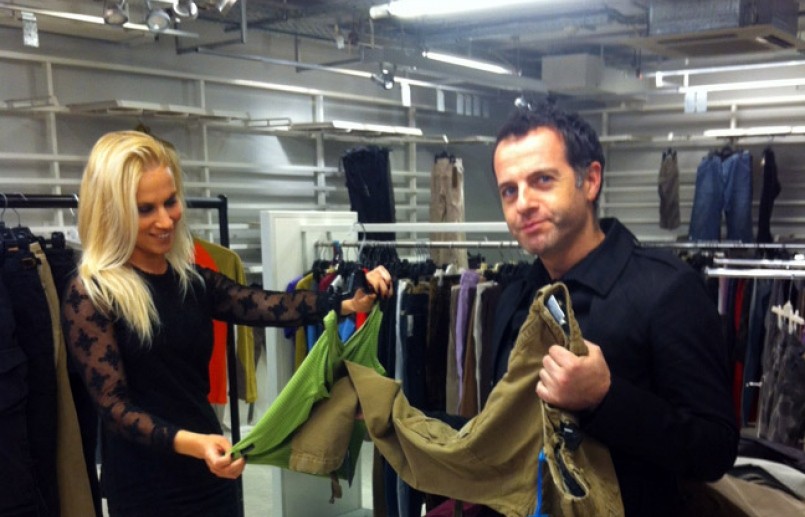 80,000 euros have been gathered for strengthening the objectives  of the association "Together for Children"

People's response to the call of Folli Follie Group employees was touching at the big charity bazaar which aimed to raise money to meet the needs of the 10 unions of the Association "Together for Children". On Friday 6th, Saturday 7th and Sunday 8th of December, thousands of people met in the Folli Follie Group bazaar held in Glyfada, to support the initiative and help children and families that really need it.
With absolutely positive mood, thousands of visitors discovered small treasures at extremely low prices and contributed in turn to the collection of a significant amount that will be an essential "love gift" to the unions belonging to the Association "Together for Children". The wider festive mood was covered with Christmas melodies from the radio station Easy 97,2 that supported in communication terms the initiative of the Folli Follie Group employees.
"I want to congratulate all Folli Follie Group employees for their excellent initiative and the eagerness they showed throughout the three-day event, showing the value of voluntary work. We feel proud of the amount collected, which means that we will be able to provide significant assistance to the Unions of the Association 'Together for Children', quoted Mr. George Koutsolioutsos, Folli Follie Group CEO, who also provided his volunteer work during the bazaar.  And he continued: "We would like ,finally, to thank all people came in Glyfada with the most positive attitude contributing to this good cause."

Alongside the Folli Follie Group lined up, except own employees, companies and partners such as Moodmedia, UPPRESS, Extra Large, Plaisio, Begnis Catering, D.Mafroforakis-RGB Studios who offered their services pro bono contributing to the successful bazaar prosecution.